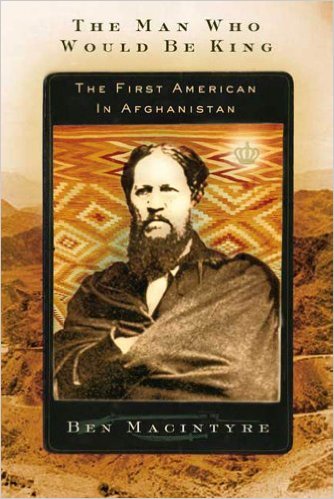 In the year 1838, a young adventurer, surrounded by his native troops and mounted on an elephant, raised the American flag on the summit of the Hindu Kush in the mountainous wilds of Afghanistan. He declared himself Prince of Ghor, Lord of the Hazarahs, spiritual and military heir to Alexander the Great.

The true story of Josiah Harlan, a Pennsylvania Quaker and the first American ever to enter Afghanistan, has never been told before, yet the life and writings of this extraordinary man echo down the centuries, as America finds itself embroiled once more in the land he first explored and described 180 years ago.

Soldier, spy, doctor, naturalist, traveler, and writer, Josiah Harlan wanted to be a king, with all the imperialist hubris of his times. In an extraordinary twenty-year journey around Central Asia, he was variously employed as surgeon to the Maharaja of Punjab, revolutionary agent for the exiled Afghan king, and then commander in chief of the Afghan armies. In 1838, he set off in the footsteps of Alexander the Great across the Hindu Kush and forged his own kingdom, only to be ejected from Afghanistan a few months later by the invading British.

Using a trove of newly discovered documents and Harlan's own unpublished journals, Ben Macintyre tells the astonishing true story of the man who would be the first and last American king.