Warning: Use of undefined constant CHILD_THEME_VERSION - assumed 'CHILD_THEME_VERSION' (this will throw an Error in a future version of PHP) in /home/customer/www/benmacintyre.com/public_html/wp-content/themes/daily-dish-pro/functions.php on line 23 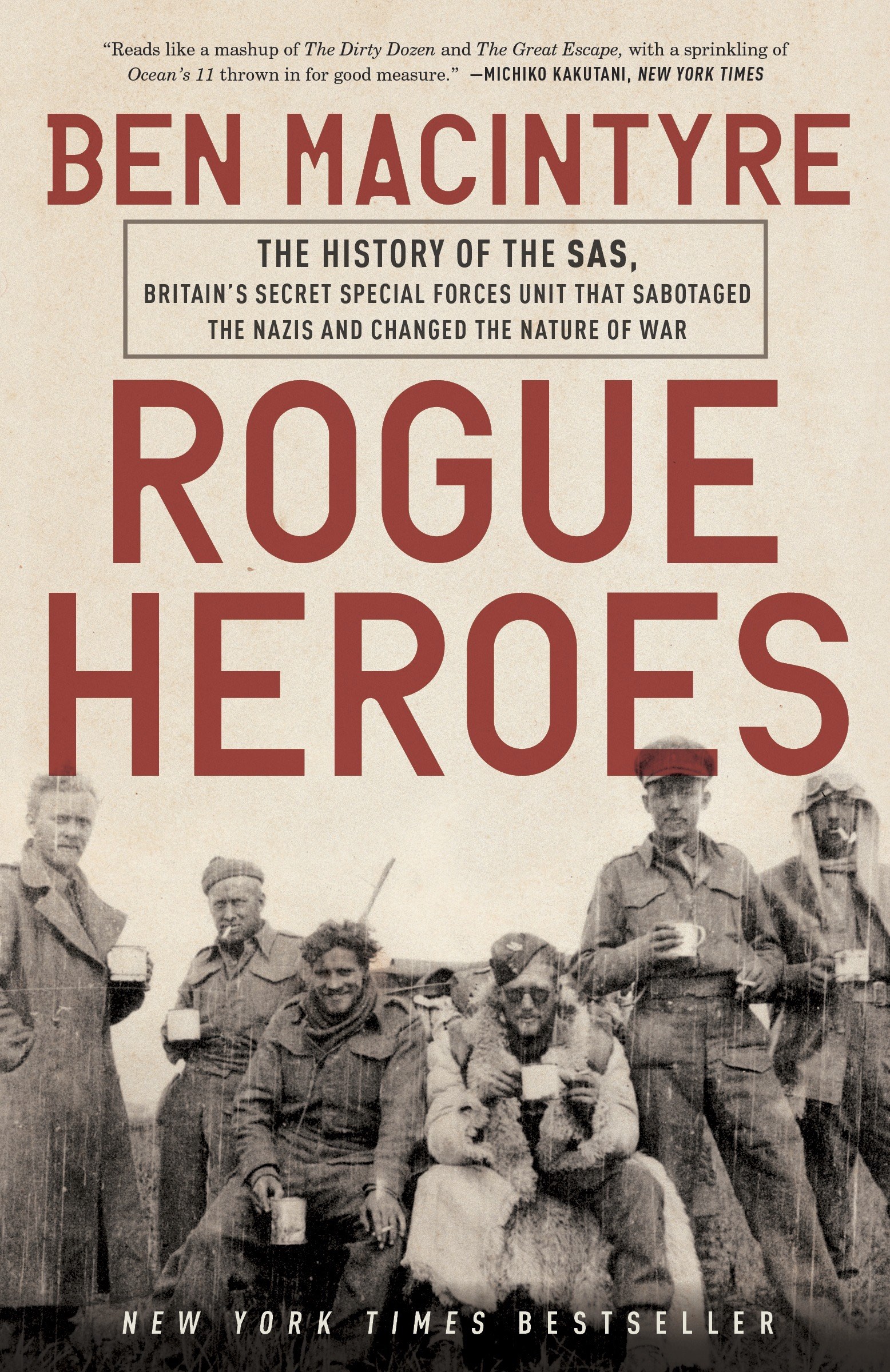 The incredible untold story of WWII’s greatest secret fighting force, as told by our great modern master of wartime intrigue

Britain’s Special Air Service—or SAS—was the brainchild of David Stirling, a young, gadabout aristocrat whose aimlessness in early life belied a remarkable strategic mind. Where most of his colleagues looked at a battlefield map of World War II’s African theater and saw a protracted struggle with Rommel’s desert forces, Stirling saw an opportunity: given a small number of elite, well-trained men, he could parachute behind enemy lines and sabotage their airplanes and war material. Paired with his constitutional opposite, the disciplined martinet Jock Lewes, Stirling assembled a revolutionary fighting force that would upend not just the balance of the war, but the nature of combat itself. He faced no little resistance from those who found his tactics ungentlemanly or beyond the pale, but in the SAS’s remarkable exploits facing the Nazis in the Africa and then on the Continent can be found the seeds of nearly all special forces units that would follow.

Bringing his keen eye for psychological detail to a riveting wartime narrative, Ben Macintyre uses his unprecedented access to SAS archives to shine a light inside a legendary unit long shrouded in secrecy. The result is not just a tremendous war story, but a fascinating group portrait of men of whom history and country asked the most.

Macintyre writes with the diligence and insight of a journalist, and the panache of a born storyteller

By far the best book on the SAS in World War II—impeccably researched and superbly told.

Rogue Heroes gives a glimpse deep down the rabbit hole into how the special forces world started. This is a great look into how a motivated bunch of bad asses changed the tide of war and carved the path for the rest of us to follow.