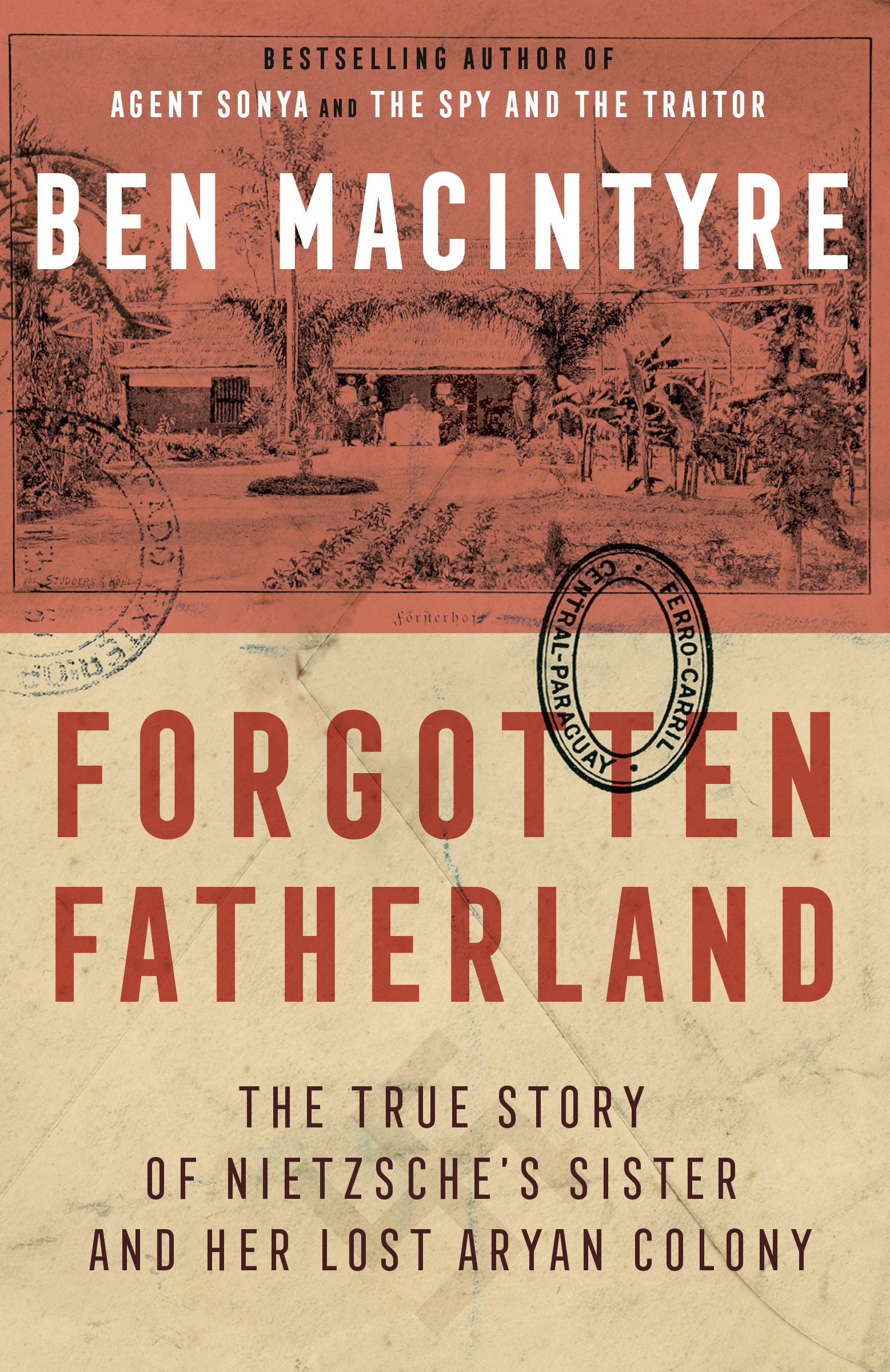 In 1886 Elisabeth Nietzsche, Friedrich’s bigoted, imperious sister, founded a “racially pure” colony in Paraguay together with a band of blonde-haired fellow Germans. Over a century later Ben Macintyre sought out the survivors of this “Nueva Germania” to discover the remains of this bizarre colony.Forgotten Fatherland vividly recounts his arduous adventure locating the survivors, while also tracing the colorful history of Elisabeth’s return to Europe, where she inspired the mythical cult of her brother’s philosophy and later became a mentor to Hitler. Brilliantly researched and mordantly funny, this is an illuminating portrait of a forgotten people and of a woman whose deep influence on the twentieth century can only now be fully understood.

A sparkling idea, and its realization...yields vivid travel writing and information of a ghostly but fascinating sort.

[A] brilliant piece of investigative journalism.

Absorbing and highly readable....Since the collapse of Easy Germany in 1989, the Nietzsche papers have become more accessible. Mr. Macintyre has made excellent use of them in reconstructing the story of this formidable woman.