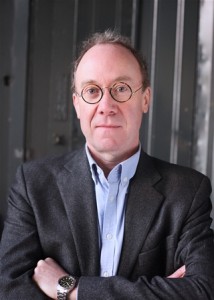 Ben Macintyre is a columnist and Associate Editor on The Times. He has worked as the newspaper’s correspondent in New York, Paris and Washington. He is the author of nine previous books including Agent Zigzag, shortlisted for the Costa Biography Award and the Galaxy British Book Award for Biography of the Year 2008, and the no. 1 bestsellers A Spy Among Friends, Operation Mincemeat, Double Cross and SAS: Rogue Heroes.

In 2019, The Spy and the Traitor, which tells the story of double KGB agent Oleg Gordievsky and was a No.1 Sunday Times Bestseller and shortlisted for the Ballie Gifford prize and National Book Awards. Ben’s new book Agent Sonya: Lover, Mother, Soldier, Spy tells the story of Ursula Kuczynski – codename Sonya – the greatest female spy of the 20th Century.